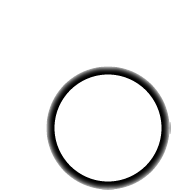 I spent the two years of my Masters of Engineering in Electrical Engineering at the Computing Culture Group in the Media Lab. During that time, I did some engineering, and a little thinking.

You can download the 14M PDF from here (color) or from the MIT thesis archive (b&w scan).

Abstract: In contemporary Western society, electronic devices are becoming so prevalent that many people find themselves surrounded by technologies they find frustrating or annoying. The electronics industry has little incentive to address this complaint; I designed two counter-technologies to help people defend their personal space from unwanted electronic intrusion. Both devices were designed and prototyped with reference to the culture-jamming “Design Noir” philosophy. The first is a pair of glasses that darken whenever a television is in view. The second is low-power RF jammer capable of preventing cell phones or similarly intrusive wireless devices from operating within a user’s personal space. By building functional prototypes that reflect equal consideration of technical and social issues, I identify three attributes of Noir products: Personal empowerment, participation in a critical discourse, and subversion.

Selected feedback on my work

Not having any input from you about the incident on Dec. 5th, in
spite of repeated efforts to meet with you, I have to make a decision
in this matter based solely on the Campus Police report.

Your "art project," a black metal box with wires protruding from it,
was discovered by the Campus Police attached to a girder in East
Garage in the early morning hours of December 5, 2002. A note
attached to it described as a Course 6 EE art project, a questionable
claim as art is not usually associated with electrical engineering.
The Campus Police tried to contact you at the email address on the
note but, receiving no answer, removed it from public view, to
prevent panic by anyone who might have thought it was a bomb.

It appears that you either disregarded the likelihood that someone
might be frightened thinking it was a bomb or you intended to cause
that reaction. That is not acceptable behavior at MIT. It is
fortunate that the Campus Police discovered and removed it before
that could happen, but that good fortune does not exonerate you.

Accordingly, I am issuing this written warning to you. You have a
disciplinary record as a result of this incident for one semester.
If you have no further incidents between now and next June, then your
record will be expunged.

I am willing to reconsider this decision if you come and talk to me.